The "Mission-Extension Vehicle" (MEV for short) of the US tech company Northrop Grumman has been successfully deployed in space with the latest optical technology from Jena on-board. A new docking sensor system from Jena-Optronik GmbH is on its maiden flight as part of the world's first commercial on-orbit servicing mission in geostationary orbit.

MEV heralds the beginning of a new space age. For the very first time, it is possible for satellites to independently approach and dock on to each other autonomously. What could previously only be seen in the movies will become real life as missions thought to be impossible just a short while ago become reality.

The MEV mission to extend the lifespan of geosynchronous satellites is truly a milestone. Until now, this kind of mission has never been carried out. The demands placed on the new technology are high as the MEV has to operate independently at a great distance from Earth while also navigating and withstanding the obstacles and environmental conditions it will be confronted with in space.

The MEV will dock to a satellite and take control of its attitude and orbital control system. The high technical challenge arises from the necessity to ensure a controlled approach over a flight distance of 40 km. During its subsequent fully automated docking, the MEV must be guided relative to the satellite with a level of precision of just centimetres.  Once a satellite has reached the end of its service life, MEV is designed to undock and repeat the docking manoeuvre. The ability to dock and undock to other spacecraft will make new mission scenarios - such as maintenance, repair, and assembly in space - possible in the future.

The sensors for the docking and undocking supplied by Jena-Optronik - the Thuringia-based space technology company - consist of the flight-proven ASTRO APS star sensors and two newly developed sensor types: the rendezvous and docking sensor RVS3000-3D and the VSS (Visual Sensor Suite) camera system.

The LIDAR-based sensor RVS3000-3D (LIDAR: light detection and ranging) can process 3D image data in real time using powerful algorithms. It is a further development of the flight-tested RVS3000 lidar sensor featuring the additional capability of approaching so-called unprepared space objects. This allows a controlled approach to satellites that were not originally designed for docking. Such satellites lack the approach aids that are normally used as reference during docking with prepared satellites. The sensor therefore has to identify the satellite's structure and use this information to determine its precise positioning. The highly precise surveying of the satellite structure is carried out against diffuse surfaces with only a few structural elements and against a broad range of surface materials. The RVS3000-3D will be the very first LIDAR to deliver 3D scans of a satellite in geostationary orbit, i.e. 36,000 km above the earth.

"Missions that were science fiction just a few years ago are now up for grasp. We are proud of our RVS3000-3D and our involvement in MEV. The project marks the beginning of a new era in space travel and represents a move towards autonomous spacecrafts that repair satellites in orbit or assemble objects in orbit”, explains Dr. Sebastian Dochow, head of the LIDAR Department at Jena-Optronik. "The entire LIDAR team would like to thank Northrop Grumman for their continued trust and cooperation over the past years. We know the journey hasn’t always been easy, but our common conviction and the sense that we were embarking upon a new era of space history helped us to overcome all of the obstacles that we faced together."

The VSS is a navigational camera system consisting of three camera pairs and a common electronic control unit. The MEV's on-board computer uses the images captured by the VSS during the approach to measure the distance from 40 km to moment of docking. Besides the automatic navigation function, the VSS also enables continuous visual monitoring of the manoeuvre.

The VSS cameras are the first Jena-Optronik product to feature the latest generation of compact space grade image sensors. The integration of highly efficient image processing electronics directly in the image sensor allows a compact and extremely lightweight camera design. Now on MEV, the Visible Sensor Suite will be able to demonstrate its capabilities in space for the first time.

“A total of 93 colleagues from Jena-Optronik were involved in the project over the two-year development period. In this short time, an entirely new space camera system was developed: From the sketch to design, development, assembly, testing, qualification and delivery of the flight hardware. The dedication and enthusiasm shown by the entire team were the most important factors contributing to our success. Thank you so much! This also applies to our customers for their highly productive and extremely professional cooperation. The relaxed and constructive working environment, in spite of the tight schedule, made the successful completion of this challenging project possible", Richard Würl, VSS project manager at Jena-Optronik, summarises the work on the MEV Project. 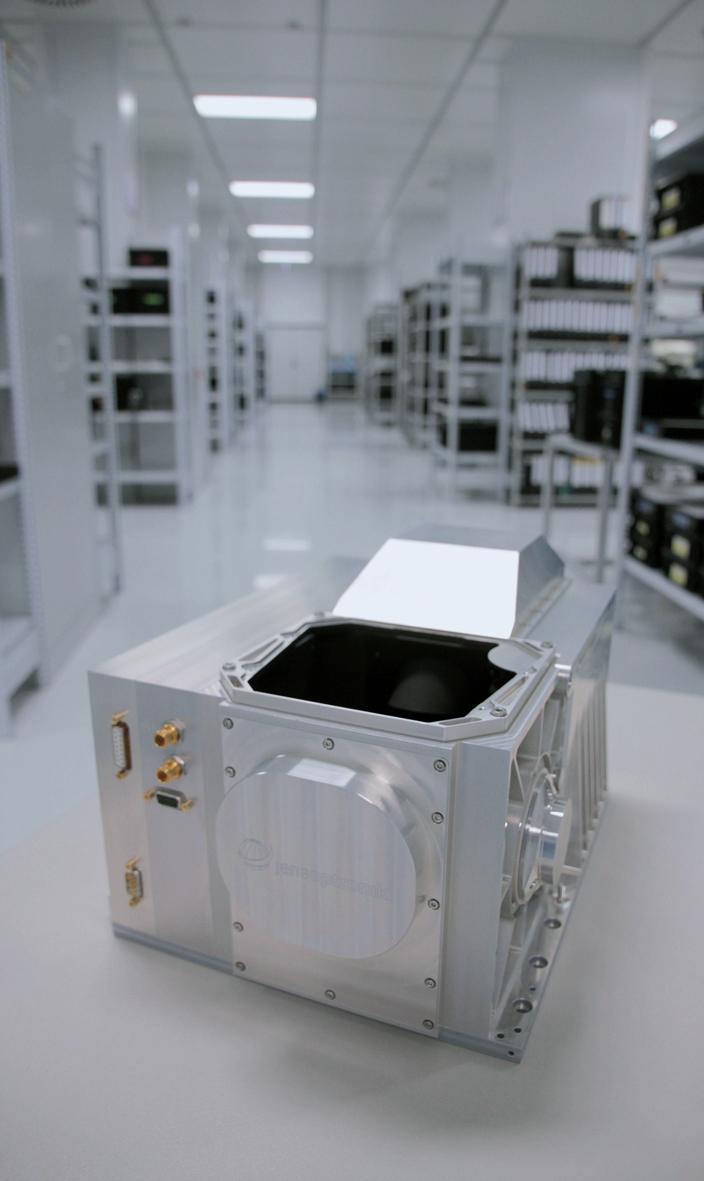 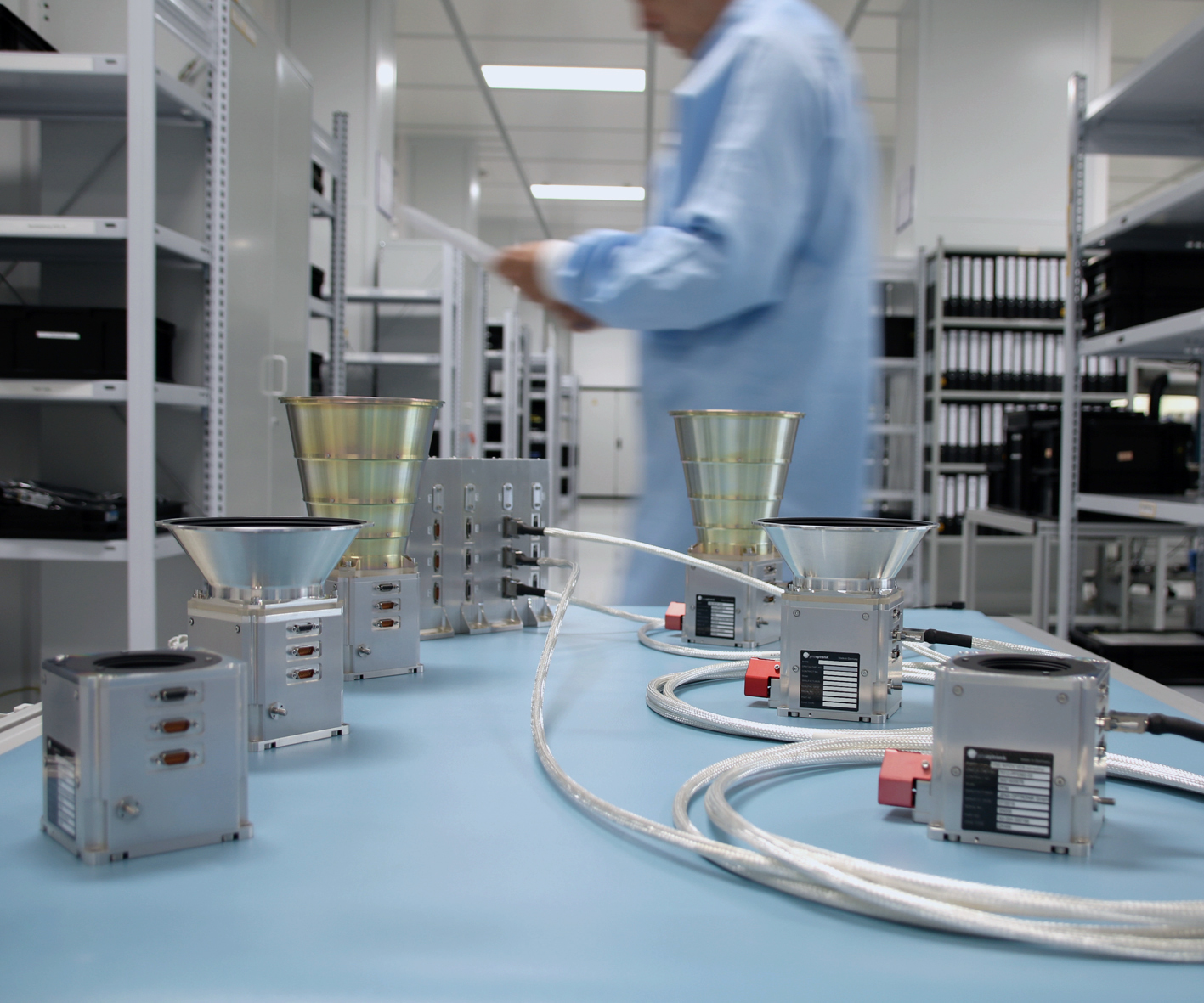