Northrop Grumman’s “Mission Extension Vehicle-1” (MEV-1) had its historic docking with the Intelsat 901 (IS-901) spacecraft on February 25, 2020. Now, MEV-2 successfully docked with the Intelsat IS-1002 satellite, again with space technology from Jena.

The Mission Extension Vehicle-2 (MEV-2), manufactured by Northrop Grumman for SpaceLogistics, a wholly owned subsidiary of Northrop Grumman, launched on August 15, 2020. Sensors for the docking and un-docking of MEV-2 are again supplied by Jena-Optronik GmbH.

“The MEV Mission is so far absolutely unique. Every young engineer dreams to be part of something exciting. Something to tell your grandchildren. To design and qualify a LIDAR for the MEV mission was that experience to me”, Christoph Schmitt, Project Manager RVS3000-3D at Jena-Optronik. “Our mission was to develop a sensor that could identify and track a satellite that was not designed for the purpose of docking. The LIDAR needs to operate reliably for 15 years in a very harsh GEO environment under the influence of heavy radiation and still be able to generate high-resolution 3D images (point clouds) of a satellite. We also needed to design and implement from scratch, very sophisticated image processing algorithms to calculate the position and attitude of the target satellite. The combination of both sensors and algorithms, assists the MEV to safely approach and dock to its clients. To see the new sensor generation actually performing in space against the first target satellite Intelsat IS-901 was definitely a ’to-tell-your-grandchildren-moment.’”

The left image shows IS-901 in front of the Earth in its geostationary orbit. The right hand side is an overlay image of several returns from our RVS3000-3D – comparison points – with the fitted CAD model of IS-901. The image demonstrates what happens inside of the intelligent RVS3000-3D Sensor.

Scan and pose visualization of the satellite from RVS3000-3D (right)

For future missions, like on-orbit servicing, space debris removal or planetary landing, a powerful 3D imaging LIDAR system is required (LIDAR: light detection and ranging). In addition, the application of advanced image processing techniques will be essential in order to safely operate a spacecraft relative to a space object that was not prepared for servicing. Jena-Optronik’s new 3D LIDAR called RVS3000-3D represents a solution to both challenges via the combination of a high resolution scanning LIDAR with robust pose estimation algorithms.

“The most fascinating part of this mission is that many of the team members from the RVS3000 team were back in school at the time that the GEO satellite we are docking to was designed. Try to imagine how they did all the drawings and analysis at that time. There is no CAD model – all we have is photographs taken during satellite integration. How it looks like after many years in orbit is another unknown.  Today we are going to dock to it.  Sounds crazy, even though it all happens right above our heads!” explains Dr. Reinhard Berger, head of Projects and Programs at Jena-Optronik GmbH. ”In the close future, missions that are even more complex are foreseen and possible. What they called science fiction in 1990 is now reality and what we call science fiction right now will be possible very soon! This is not the only thing, which is happening in space right now, we are even looking out to land and stay on the moon and further to Mars.”

A rendezvous in space: heritage

LIDAR activities at Jena-Optronik started in the 1990s with an ESA project delivering the first prototype rendezvous- and docking sensor, RVS. The first RVS was used on two flights to the Russian space station MIR on board the NASA Space Shuttle missions STS-84 and STS-86.

Answering the demands for unmanned supply missions to the International Space Station (ISS), Jena-Optronik’s team took the next step and designed, built and qualified the final flight hardware rendezvous- and docking sensor RVS for the use within European, Japanese and US transfer vehicles to the ISS.

For future applications, like on-orbit servicing or planetary landing, a more powerful 3D imaging LIDAR system was required. The concept for a new powerful, yet compact and cost-effective LIDAR system was developed to both replace the legacy RVS sensor and enable additional mission scenarios: the RVS3000 product family.

The RVS3000 product family consists of the RVS3000 and RVS3000-3D. The additional capabilities that come with the RVS3000-3D variant ensure the autonomously identification of structures and are the enabler for missions like MEV or future landing mission on Moon, Mars, and other celestial bodies. The systems are designed as a Time-of-Flight scanning LIDAR – the same concept as successfully used in the previous projects. For the design of RVS3000 and RVS3000-3D, a modular approach is followed with both sensor versions sharing the same mechanical design and footprint. 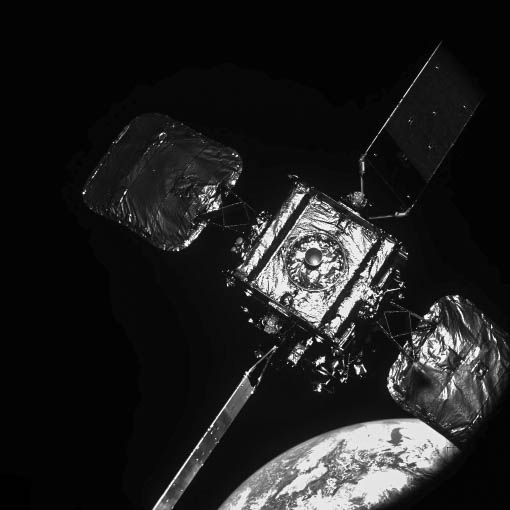 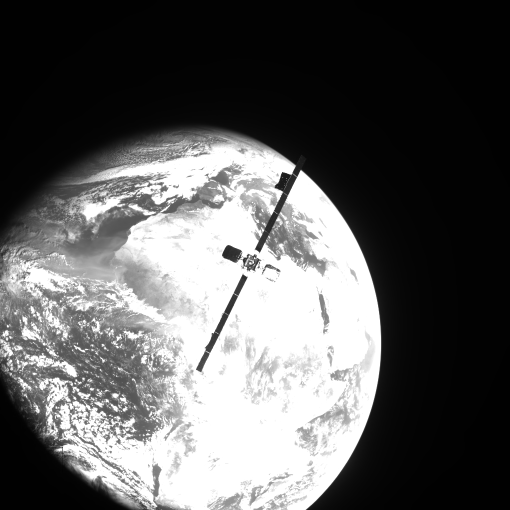